It is over (newsletter) 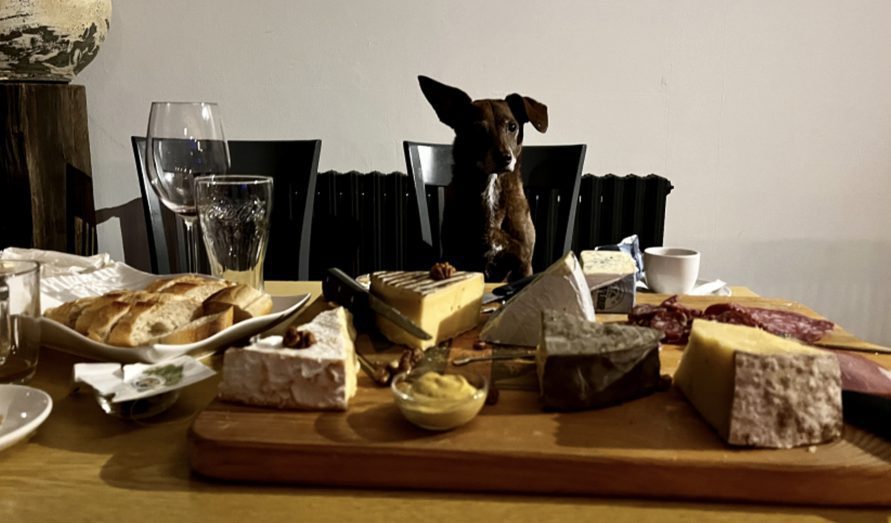 Our adventure comes to an end after 8 months oftop sport, or not (yet) completely? You can read it in our September newsletter…

In August and early September, our calendar is packed with parties every year. From now on we can add one to the calendar, because on September 4 we became the proud uncles of Sofie!

In addition, we were married for five years on 25-08, we celebrated Jelle’s 36th birthday and we also had a memorable Van Loy weekend at the campsite.

There was a fully catered BBQ for the whole party on Friday evening (thanks to our English friends Chris & Michelle!), with a nice drink around the campfire at the Firepit as a closing. Then a delicious breakfast on our back terrace on Saturday, we made a trip with picnic on the VeloRail, visited the waterfalls of Veyrines, had a walk on the Col de Serre, held a Petanque tournament, went out for dinner at Moulin de la Santoire and concluded with a lavish cheese board and drinks in our own bar.

On Sunday we invited everyone to brunch on the scenic riverbank and then everyone returned home satisfied. It gave us an idea, because actually this weekend was a perfect blueprint for a group arrangement. Our chalets remain heated and available all year round. Would you like to know more about the possibilities for a customized family, friends or team weekend? Please do not hesitate to contact us!

There was again media attention for our adventure. No camera crew this time, but after several attempts at contact, the correspondent of La Montagne – the regional newspaper – suddenly showed up on our doorstep. He spoke to us and took his notes, before taking pictures of us at the campsite.

On August 17, the full-page article was published about how we as Dutch emigrated to St. Bonnet de Condat to breathe new life into the campsite. We received a lot of nice reactions and someone has even come camping as a result of this article.

Moreover, we talked to Rianne Roes for her podcast; love is everything. It was refreshing to talk about something other than just our past six months. The podcast focuses on love and so we talked about our life together, the highs and lows of the past 14 years. Of course, the impact of our current project on your relationship was also examined! The podcast will soon be available to listen to for free on iTunes and Spotify. The link will of course follow via our social media and in this newsletter.

Slowly the weather picture begins to change. The first leaves are coming from the trees, the vast fields are green again after a few rain showers and the trees are starting to show beautiful colors. For the time being, we are trying to do without heating in the house, after all, oil prices are still unprecedentedly high.

Fortunately, we received new long-sleeves and sweaters as a gift for Jelle’s birthday, so the company clothing does its job! When the sun shines, it is still exceptionally nice at 20 degrees – sometimes even nicer than during the heat of summer. Next week, even 30 degrees is forecast here! We are very curious about autumn and are looking forward to a beautiful white Christmas, but that will of course take a while…

Now that calm has returned, we have also picked up the hammer again. We spend a large part of our free time on the necessary repairs, maintenance and a small leakage here and there. Naturally, the roof was high on our list of priorities.

Armed with overalls, gas masks and 26 liters of Xylophene (prohibited in the Netherlands, but freely available in France), we attacked the insects in our roof trusses. It was a bit of a shock, because as we started scraping off damaged wood, the structure turned out to be in considerably worse condition than we originally thought. Kilo’s of sawdust further we drilled holes into the ridge, and then carefully injected all the beams with special valves.

Once finished, every square centimeter of wood was treated with a thick layer and now we have to wait and see. We fervently hope that this will eradicate the critters and if not, we’ll start from scratch – until we no longer hear any gnawing in our beams. Once that’s done, we’re excited to continue refurbishing the attic; it’s a beautiful space!

On arrival in France, we took care of all registrations and registrations as quickly as possible. “Bureaucratie”is not a French-originating word for nothing and so we had to make ourselves known to Urssaf, CPAM, Amelie, Impôts, you name it… Now the fact is that some official found it difficult to interpret Jelle’s first name and perhaps the fact that we are two men also has something to do with it; he became “Mrs. Russner.”

That in itself is not such a disaster and we have also had similar situations in the Netherlands. In France, however, the ‘numero de sécurité sociale’ (similar to the Dutch citizen service number) is based on gender. For women this starts with a 2 and for men with a 1. The result was that we could not log in to any digital platform and that one vague error message after another appeared.

Quite difficult when you want to file VAT returns or try to import a car without FranceConnect (the equivalent of the Dutch DigiD). When you then fill in the contact form via the website of such a government service to indicate that you cannot log in, you will receive a casual reply a few weeks later that ‘there is a message in the inbox in the portal’. So we still couldn’t log in. In the meantime, the redeeming word has arrived by post and I have apparently been converted administratively – a real Pinocchio moment! The accounts are pending, as well as the import of the car and we even have temporary coverage on the health insurance.

Our aim has always been to end up in September in a good way and we can now conclude that we have made it. We have carefully prepared the first financial statement. Our realized turnover is close to budget and we have roughly earned just enough to spend the winter here, despite the huge investments we have made. The village has now almost completely emptied and the tranquility is clearly noticeable at the campsite, in the shop and in the bar.

Our opening hours have been reduced a bit and it is high time for the chores that were left behind, to evaluate each other and to take a short break. As a result, we will be completely closed for our “congées annuels” from September 21, and then reopen with fresh courage on October 1. We are bursting with ideas for the coming months, which we will be happy to share with you at a later date. For now our first finish line is behind us and we have proven to ourselves and the rest of the world that our dream has become a reality!